Does Formal Liberal/General Education Have a Role in the Universities? A Transatlantic Debate between USA and UK (1920-1980)

Chair: Prof Gerard A Postiglione, the University of Hong Kong 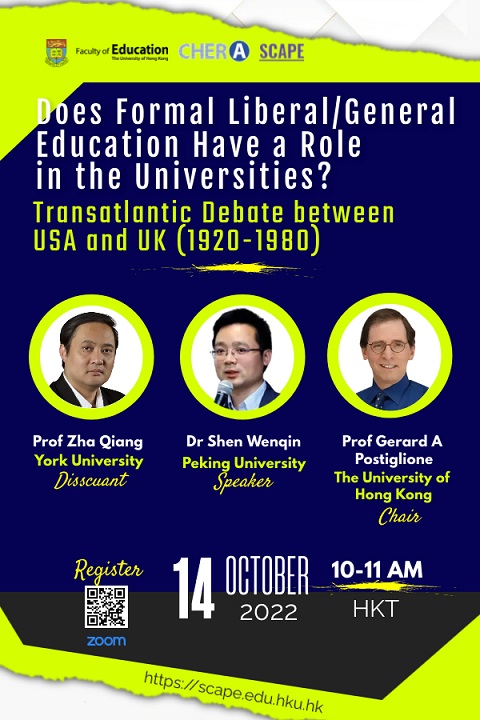